Blog news: In these two years and half I assume that I haven’t published a lot on this blog, even if I came back to Bordeaux several times. Nonetheless, I am sure that there are some posts that you haven’t read yet.

Recently, I participated in a FdU West guided visit. This site is located in Saint-Barthélémy d’Anjou in the Angers metropolis. Then I came back to this place to meet the Fortress Saint-Nazaire young association’s which was there to meet the Memorial Association of the Pignerolle bunkers and me ;). 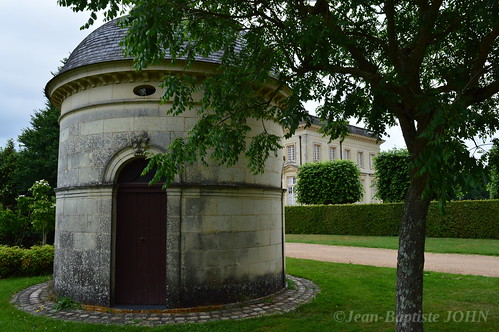 This estate and its magnificent residence was the place where the Angers metropolis Museum of the Communication‘s was installed from 1992 to the end of the 2015 year’s. If you are driving to the Domaine de Pignerolle, also called Château de Pignerolle or Parc de Pignerolle, you may see on the road-signs some black adhesive bands hiding the name of this Museum. Nonetheless, as it was a few years ago for the Base sous-marine of Bordeaux, the Pignerolle estate is not (yet) well indicated to the tourists passing by Angers. As far as I’m concerned it is the administrator of the U-Boote.fr website who reminded me the existence of this “bunkers’ park”. 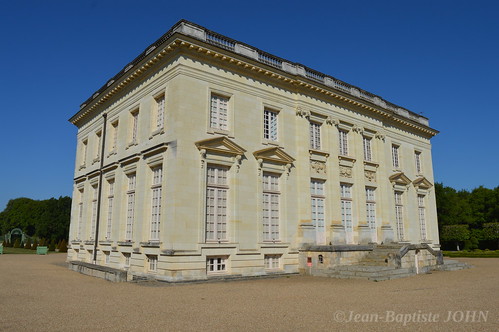 The estate of Pignerolle is famous for its wooded area, its park, its jardins à la française, the residence – named “Castle” – and its stables converted into a temporary exhibition space.

However, the stroller can also discover ten bunkers built in a particular style. In fact, it should be précised that one can’t be seen as it is recovered by earth. Also, there is an eleventh one located at around 4 kilometres from the estate. 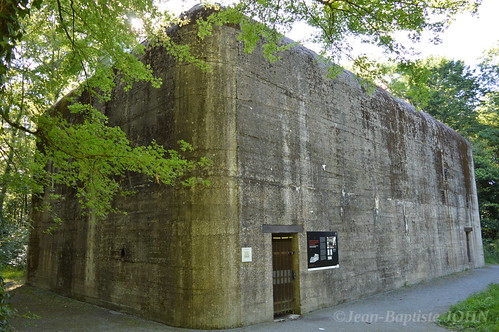 Different signs and plaques make some references to the contemporary period. Thus, there is one mentioning the 125th Infantry (French) regiment that was created in Saint-Barthélémy d’Anjou right at the starting of the Second World War. 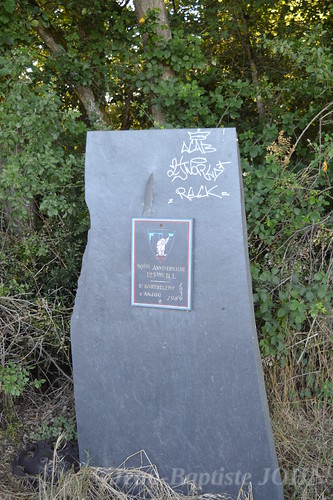 One other written both in French and Polish reminds the presence of the Polish government in exile that came to gather and stayed in the Angers metropolis from the 22 of October 1939 to the 14th of June 1940. 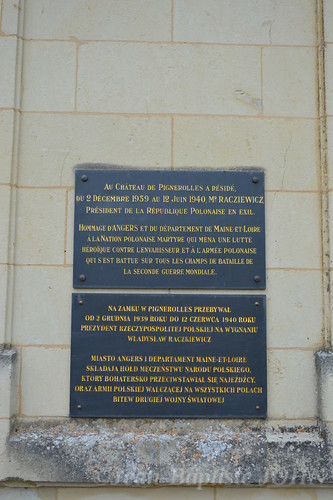 Historical notice boards made in a plastic are installed on the well-kept bunkers managed by the Memorial Association of Pignerolle. 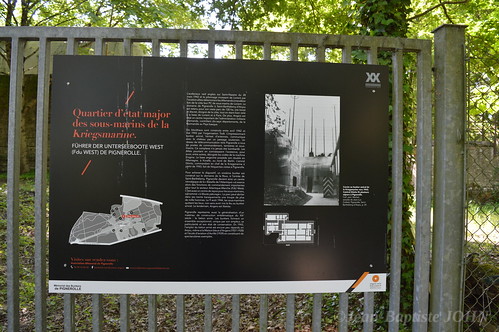 I won’t describe here all the bunkers and even the History of this site, as I invite you to do the guided-visit proposed and organized by the association mentioned before. Nonetheless, we may wonder why the Kriegsmarine installed the FdU West at around 146km far from the sea?

Under the Dönitz authority many Führer der Unterseeboote (FdU) headquarters are organized, so as the FdU West. Therefore, due to the Allied air raid intensity on the French occupied ports and also the 1942 Royal Marine raids’ like the Chariot Operation, the BdU decided to install the FdU West headquarters at Pignerolle. Hans Rudolf Rösing, who was the liaison officer between the BdU and the Italian base of Bordeaux, took the commandment of this FdU in July 1942. Located in Paris before its moving to Pignerolle, the FdU West was responsible on all the U-boats based in France, except those based on the Mediterranean French coast.

The FdU West headquarters at Pignerolle

Even if the estate of Pignerolle was far from the coast and the Allied air force areas, the FdU West was sheltered by the edifications of numerous bunkers. Even in the “castle” a bunker was installed and connected by a subterranean corridor to the “admiral bunker”. All the bunkers were principally serving as passive buildings. There were used to protect a communication network between the different U-boats flotillas’ based on the Occupied France and of course the FdU West. According to the President of the Memorial association, who has obtained from the Mayor of Angers the management of the bunkers, these bunkers are not mentioned in any Atlantic Wall typology books’.

Besides, we have only a few elements regarding the bunker builders’. According to two of the association members’, one enterprise of the Angers metropolis participated in this work. The (social) history of these men has still to be completed.

Finally, a little bit more than a year after its set up in the Saint-Barthélémy estate the FdU West is moved to Bergen in Germany the 9th of August 1944.

Despite of the bunkers dilapidated condition’s, as the installations were set on fired by the German when they lived the site plus the local people who stole many belongings of the “castle”, the French army decided to transform the “admiral bunker” into an anti-atomic shelter. The “admiral bunker” was partially converted into this. But, probably after having noticed that a “simple” bunker couldn’t withstand an atomic attack, the transformation stopped.

Nowadays, thanks to the association mentioned some bunkers can be visited and this visit is really interesting to do. 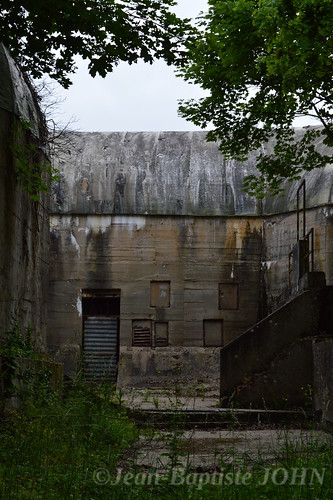 See the page « Pignerolle » and its section « Pignerolle Avril 2017 par Jean-Baptiste » to visualise some more pictures.

After the battle style picture. The temporary cité d’urgence of Pignerolle around 1947 and now